Understanding the experience of preterm and early term birth “Nothing about us without us” Sarra shares her story of joy and loss

Sarra Box’s twins, Hunter and Heath were born 15 weeks too soon. With more than 26,000 preterm births in Australia each year, Sara’s story of heartbreak and loss is shared by many others.

Delivered at 25 weeks, Hunter was born at just 1015 grams and went on to spend 97 days in the Neonatal Intensive Care Unit (NICU) living day-to-day. Sadly, Heath was delivered stillborn due to severe complications caused by enlarged ventricles in the brain.

After three attempts at IVF, Sarra and Jarrad were thrilled to hear they had finally fallen pregnant. Following a few early struggles, things went relatively smoothly for Sarra up until her 20 week scan.

“At our scan we were told that Heath had enlarged ventricles in the brain. After another scan at King Edward Memorial Hospital (KEMH), the severity of the ventricle sizes on both sides of the brain was explained, as too was the poor outcome if we went to term with Heath,” Sarra said.

“We heavy heartedly chose to terminate our baby boy. The risks were explained to us in regard to Hunter and the possibility of early arrival; however the likelihood was slim.”

Four weeks later, Sarra was advised to head back to KEMH after experiencing constant stomach pain and gave birth via emergency C-Section on 30 January.

“The whole experience, of having Hunter overcome the odds and Heath being born sleeping, is still very fresh and some days are a lot harder than others,” she explains.

“I think as we approach Christmas and the boy’s birthday, I find myself thinking about them both a lot more. Some days are a whole lot harder than others, I think we just look at Hunter and feel blessed that he made it through his NICU journey and is doing so well and we are so grateful for that.”

In reflecting on her own journey, Sarra has become an advocate for raising awareness of the risks of preterm birth.

“I can honestly say that preterm birth hadn’t once crossed my mind while we went through our journey to conceive and even while I was pregnant. I was more fixated on the fact of miscarriage that I didn’t even consider early birth,” she said.

“Supporting the research, education and community awareness efforts of the Alliance is critical to preventing preterm births. The longer our babies stay in, the healthier they are and the less support they need in other areas of life.”

Sarra urges others with similar experiences to be open and share feelings of frustrations, guilt and fear.

“I’m still learning to open up, but I’ve found that keeping it in isn’t helpful." From just six weeks into her pregnancy, second-time mum to- be Jenny Bulloch knew she was in for a bumpy ride.

With three miscarriage scares and constant bleeding from 15 weeks, Jenny struggled with constant pain, lack of sleep and plenty of travel between her hometown of Carnamah, about 300km from Perth, and the nearest hospital. Eventually, Jenny was admitted to King Edward Memorial Hospital; Western Australia’s sole tertiary-level perinatal centre. With husband Adam and two-year-old son Luke in tow, Jenny and her family adjusted to life away from home, which would extend much longer after her impending birth.

On September 10, 2009, Jenny experienced a very painful contraction while sitting in the waiting room at the hospital with other expectant mothers. At just 24 weeks and five day’s gestation, she knew that it was all happening far too early. “On the way to a scheduled ultrasound my uterus just went into a spasm. I was told it contracted and then never went back down,” she said.

Following an emergency caesarean section, Hayley was born and immediately taken to the intensive care unit. “I got a photo that night and my husband left with her and then I didn’t get to see her until the next day,” Jenny said.

The next day, and a further 97 days after that, would be some of the toughest for baby Hayley.

Born at just 740g, she struggled with all the usual problems premature babies face, including her weight, feeding, retinopathy, blood transfusions and viral issues. “She looked awful. She looked like an alien,” Jenny said. “The first few photos you put on Facebook of your baby, I couldn’t put them up because her skin was so see-through and she was in bubble wrap. I couldn’t hold her until at least five days, or maybe a week after she was born because she was too delicate.”

After nearly 100 days in hospital, the Bulloch family were finally able to return home to their normal life in the country with their two healthy children.

Just a few years later, the Bulloch family would receive the surprising news that they would soon become five, with the impending birth of baby Sophie. “I always had an awful, negative feeling ending on that pregnancy, so I felt having Sophie helped me. It was good therapy” she said.

Fast-forward to today and Hayley is like any other 12 year-old running around the playground. “She is perfect now, so feisty and stubborn and all the rest. We are very lucky,” Jenny said. Despite enjoying a textbook pregnancy, it was the recommendation of an experienced midwife that Catherine’s pregnancy be observed more closely by an obstetrician due to inflammatory arthritis and a pre-existing placenta issue.

“I was on a pretty standard care plan throughout the pregnancy, taking low dose aspirin early on as a mitigating strategy for the medication I was on. No concerns had been flagged that needed investigation at my initial scans.”

It wasn’t until her 28 week scan that a sonographer saw that Catherine’s cervix was short at 1.2cm and had started to funnel. What followed was a whirlwind week for the Korteweg family.

“As we are rural, she called in my midwife straight away who phoned the obstetrics team and sent me to be checked out. At the time I thought I was going to just have an overnight stay, examined, and sent home.”

The obstetrician explained to Catherine that she was at very high risk of preterm labour.

“If I went into labour early, and an ambulance took too long, things wouldn't be good. I was put on progesterone and advised to stay in the city to be close to the hospital and come back in a week for another scan.

“I remember feeling very overwhelmed all of a sudden. We are self-employed dairy farmers with a 4 year old. The thought of just not going home that day to sort everything out, and being away from Beau indefinitely, was very confronting.”

The following week’s scan showed her cervix had shortened further to 0.5cm.

Despite doubling the progesterone dose and undergoing a course steroid injections, things began to unravel very quickly. An examination revealed Catherine was having regular contractions with her amniotic fluid leaking.

Born via an emergency C-section at 29 weeks and weighing 1440 grams, Leo was welcomed into the world by mum and a still out-of-breath dad who had arrived into theatre just minutes earlier.

“I can remember a deafening silence as I looked up wondering if he was OK, hoping he was OK, and then we heard him cry and there really is no better sound.”

After spending 6 weeks and 2 days in the NICU, Leo was welcomed home to Leneva Farm with minimal health complications.

Since their preterm birth experience, Catherine and Mathew have a new appreciation of the Australian Preterm Birth Prevention Alliance’s work to prevent preterm birth and it far reaching impacts.

“Since our journey with Leo, a friend in WA told me about Professor John Newnham and his pioneering research to prevent preterm birth, particularly around cervix length,” she said.

“Before my experience, I had absolutely no idea that cervix length was, or could be measured, or the significance it has in predicting preterm birth. Leo is here today, in the health that he is in, because of it and the team of incredible health professionals that looked after Leo and I.” Our lives were thrown into chaos when our fourth baby arrived at just 25 weeks gestation, weighing 865g. Sent to King Edward Memorial Hospital hundreds of kilometres from our home in Australind, just days before his birth, our family was suddenly torn apart and that’s the way it would stay for almost 4 months.

Adison had a long journey through NICU complicated by chronic lung disease, infection, brain bleed, hernia and other general prem related issues. It took a long time, weeks, for the Doctors to decide he was stable. It was 18 long days before his first cuddle and months before he met his siblings.

As a Mum to three other children it was heart-breaking to have to choose between my sick baby in hospital and my 3 healthy children at home in Australind with their Dad, who was still working. This is no choice a parent should be faced with.

Adison came home 2 days before his due date having made remarkable progress at the very end of his 100 day NICU stay.

Around 6 weeks after coming home, it was revealed that Adison was in the preliminary stages of heart failure. He had left the NICU with a patent ductus arteriosis (PDA) which had now caused pulmonary hypertension. Still a tiny 4.5kg, Adison was admitted to PMH for a thoracotomy and PDA ligation. Adison’s Dad and our other children were home in Australind and again I was faced with this confronting situation alone.

Adison came home on a hospital apnoea monitor and nocturnal oxygen that continued until he was 18 months old. Damage had been caused to his lungs and he required additional support whilst sleeping. He was also having regular apnoea due to a premature central nervous system. 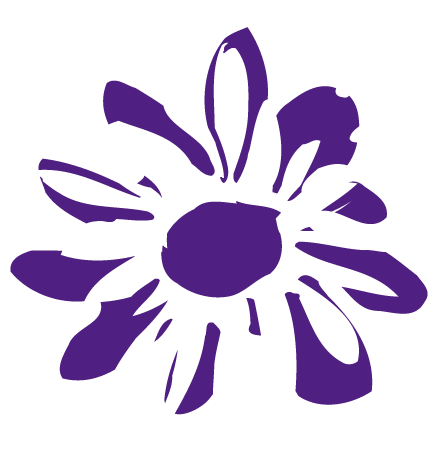 Keep up to date with WHA

We exist to provide our members with professional connection and discovery of innovation. Connect with your peers in the members community now.

Check if my employer is a member

We use cookies on our website to give you the most relevant experience by remembering your preferences and repeat visits. By clicking “Accept All”, you consent to the use of ALL the cookies. However, you may visit "Cookie Settings" to provide a controlled consent. For more information about the cookies we use, please see our Terms & Conditions.
Cookie SettingsReject AllAccept All
Manage consent

This website uses cookies to improve your experience while you navigate through the website. Out of these, the cookies that are categorized as necessary are stored on your browser as they are essential for the working of basic functionalities of the website. We also use third-party cookies that help us analyze and understand how you use this website. These cookies will be stored in your browser only with your consent. You also have the option to opt-out of these cookies. But opting out of some of these cookies may affect your browsing experience.
Necessary Always Enabled
Necessary cookies are absolutely essential for the website to function properly. These cookies ensure basic functionalities and security features of the website, anonymously.
Functional
Functional cookies help to perform certain functionalities like sharing the content of the website on social media platforms, collect feedbacks, and other third-party features.
Performance
Performance cookies are used to understand and analyze the key performance indexes of the website which helps in delivering a better user experience for the visitors.
Analytics
Analytical cookies are used to understand how visitors interact with the website. These cookies help provide information on metrics the number of visitors, bounce rate, traffic source, etc.
Advertisement
Advertisement cookies are used to provide visitors with relevant ads and marketing campaigns. These cookies track visitors across websites and collect information to provide customized ads.
Others
Other uncategorized cookies are those that are being analyzed and have not been classified into a category as yet.
SAVE & ACCEPT
Powered by